Chinese messaging app WeChat dominates its domestic market, as its would-be foreign competitors are often blocked in China. Today, WeChat has removed what could be considered its most “American” feature: a famous photo of Earth called Blue Marble taken from outer space in 1972 by NASA. For years, the image was prominently displayed on the app’s start screen, but WeChat is replacing NASA’s photo with one taken by a Chinese satellite. Both images are Photoshopped to have the silhouette of a human standing before the Earth.

The difference is subtle but political. The NASA photo shows Africa as the center of the sphere, while the Chinese photo shows China. According to Sina.com, WeChat said in a statement that while the African continent is the origin of human civilization, it was also important to show the app’s millions of users the significance of Chinese civilization.

WeChat had used the Blue Marble photo as its start screen since its inception in 2011, but changed it today just as the Chinese satellite Feng Yun-4A was put into official use after months of trial testing. The satellite was launched into space last December. It’s the first unit of the FY-4 series China plans to launch from 2018 through 2033 to track the weather. Its name literally means “wind” and “cloud.” 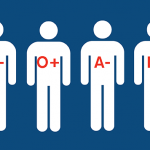