Digital marketing in China is shaped around this event, much like the way America responds around Black Friday. Companies run promotions and discounts leading up to the festival and focus their digital marketing on the big event. More than 140,000 brands participated in Single’s Day this year, marketing to hundreds of millions of consumers. Millions of Chinese consumers from other countries around the world also took part, making it an impressive cross culture event.

One of the biggest platforms for shopping on Single’s Day is Alibaba’s online retail platform, Tmall, which is one of the most popular brands in China eCommerce. This year, Tmall brought in 168.2 billion yuan from sales during the Double 11 Shopping Festival, 90% of which came from mobile devices. As a cross culture event, sales were made from 225 different countries and regions of China.

On Tmall’s shopping platform, a wide range of merchants profited hugely from the event, with Nike becoming the first ever apparel merchant to bring in more than 1 billion yuan on the day. Suning, Xiaomi, and Huawei were the top performers during the 24-hour shopping festival. A ground-breaking number of sales were made across apparel, appliances, technology, makeup, and other sectors of eCommerce.

Statistics from the day show that the popularity of the event continues to grow, as the first billion yuan in sales was made in just 28 seconds, down from 52 seconds the previous year. At the peak of the festival, Alibaba Cloud processed an impressive 325,000 orders per second. Other eCommerce platforms performed well on the day, with Jingdong, for example, exceeding 100 billion yuan in sales.

The day was a roaring success for the eCommerce industry and continues to boost the Chinese economy and drive digital marketing in China. Did you take part in the Double 11 Shopping Festival this year? 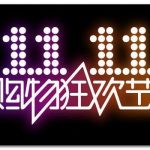