Can you believe, that China has spent more than 57.2 percent on digital advertisements during 2017?

This is something that happened for the first time in history for China. They spend more on digital advertisements than ever before. During 2016 China thought that they have to spend a lot on digital ads, but they realized in 2017 that they only have spent half as much as this year. Making this a record. China also forecast that the commercial ads are going to drop by 5.2 percent during 2017.

Kantar Worldpanel beliefs that because the purchases of smartphones and the increase of intelligent smartphones, this is going to be the first choice for getting consumer’s attention. Most businesses will realize that placing digital ads, where consumers can see it on their smartphones, is going to be the new way of advertising. This is the reason for the increase of digital ads in China. This is even if statistics have shown that advertisers will reach about 13 percent more consumers by making use of the commercial advertisements.

The reason for this is, that even if the digital advertisements are increasing, most people are still using their televisions each and every day. Reaching the people that aren’t on their mobiles all the times, and those that don’t have the budget for smartphones. Statistics show that with commercial advertisements, they can reach more than 75.3 percent of the younger audience by digital advertisements and videos. This is for the age group between 20 and 40 years. However, if the advertisers are going to advertise commercially for the same age group, they are going to reach 88.8 percent by television alone. 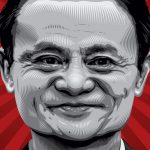 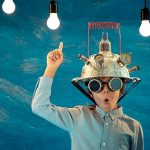