The newspaper and magazine advertising market has grown between 18% and 32%.

The total decrease during 2017 was 4.5%. During 2016 the television china’s advertising decrease by 4.4% This means that more people are starting to make use of other marketing options in China, instead of the television marketing strategy.

China’s advertising marketing. It has increased in total in 2017, from 2016 if you are looking at the statistics. Some type of marketing options has decreased while others have increased. This is a good thing for China and they are predicting that the market will still grow during 2018. 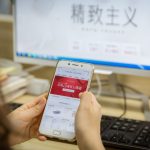 Chinese E-Commerce Market: the 4 things that are trending at the momentChina digital marketing, Chinese eCommerce